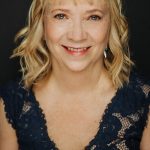 Born and raised in Manitoba, Canada. Lived in Germany and Yellowknife, NWT. Was a Dental Assistant/Hygienist for 27 years, Head Marketer for a Canadian Company for 14 years. Presently a professional union actress, talent scout, acting coach and teacher. Was nominated for Best Supported Actress for a Comedy at the ISA6 Awards in Los Angles and won the Unlimited Woman Award for Creativity at the Unlimited Women’s Awards. Best Selling and Award Winning Author of the book, “The Autistic Author and Animator” which is about my daughter’s journey with Autism. I advocate for both Autism and Breast Cancer as I am a Breast Cancer Survivor.

Enter your email address below to receive updates from Pursuit:365.